The IoT Acceleration Consortium will be established in Japan with the aim of creating an adequate environment for attracting investment in the future with the Internet of Things (IoT) through public-private collaboration. The background is the possibility of a great change in conventional industry and structure of society with the development of IoT, Big Data, and artificial intelligence (AI) in recent years. While the development of IoT creates new services using data, it also generates concerns about existing businesses rapidly growing obsolete. In expectation of such industrial and social changes caused by IoT and other technologies, the United States, Germany, and other countries have already started making specific efforts.

The IoT Acceleration Consortium aims to combine the strengths of government, industry, and academia and build a structure for developing and demonstrating technologies related to the promotion of IoT as well as creating and facilitating new business models. The consortium promotes (1) the development, demonstration, and standardization for IoT-related technologies and (2) creation of various IoT-related project and recommendations such as regulatory reform necessary to run those projects. . 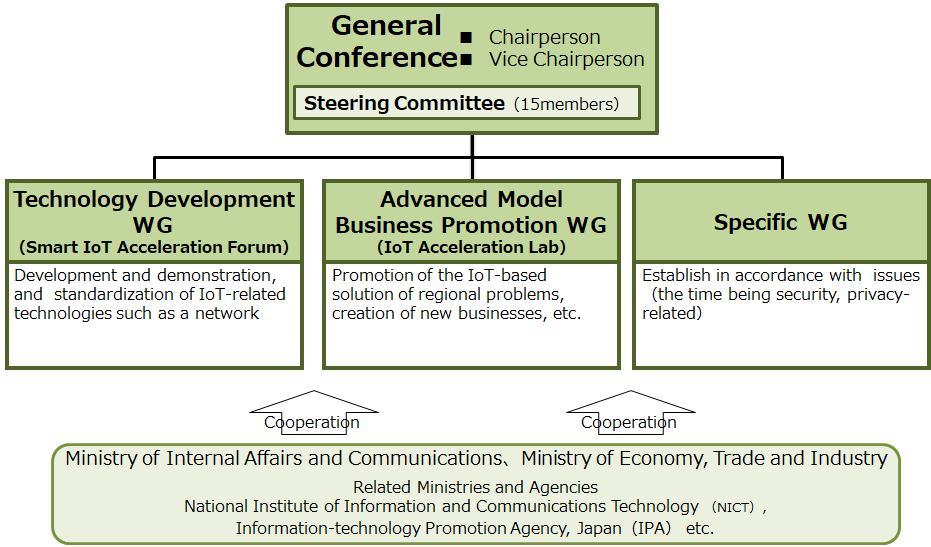